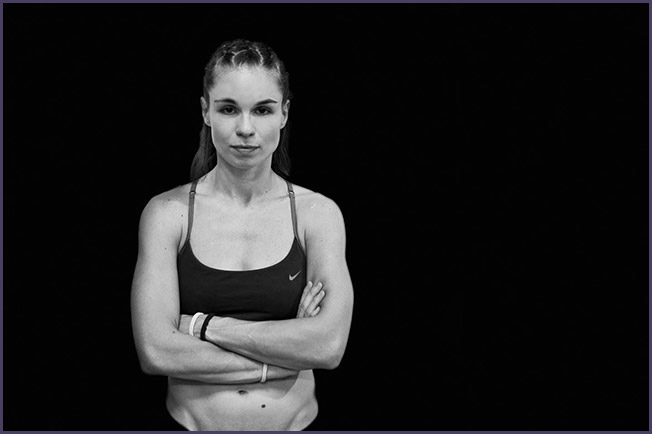 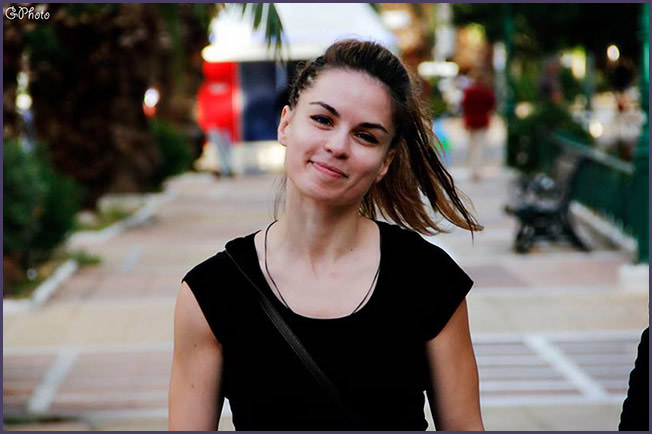 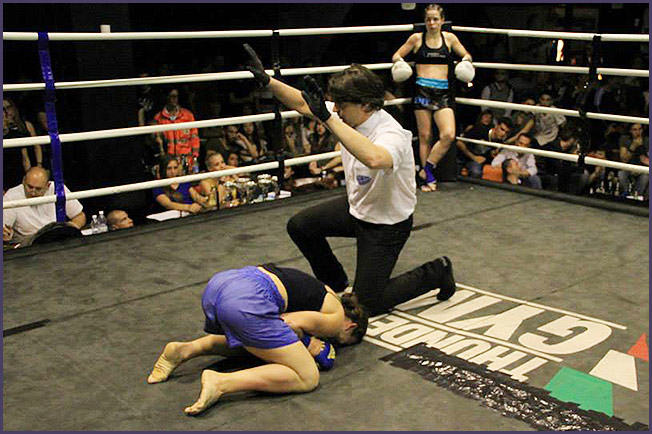 Emy tells Awakening, “I started kickboxing at the age of 18 and I instantly fell in love with it from day one. I remember on the first day, when i returned home i stood opposite a mirror and started doing jabs and hooks. Since then, it has become my passion, my love…and it is because of this love that Inever give up despite some unfortunate injuries which led to long pauses from action. When I fight, I feel there is nothing I enjoy doing more than fighting. “

Emy Kougioumtzoglou is a female fighter from Thessaloniki, Greece.

She began her fighting journey with Master John Kakarakis. She feels her greatest opportunities have been given to her by Maestro Giorgio Castoldi and Thunder Gym, Milano. Emy now trains under Master Nasos Argiropoulos, who she greatly admires.

Emy works as a media planner in the media agency Mindshare. Her job is demanding, and she finds herself running straight to the gym after her work day is finished.