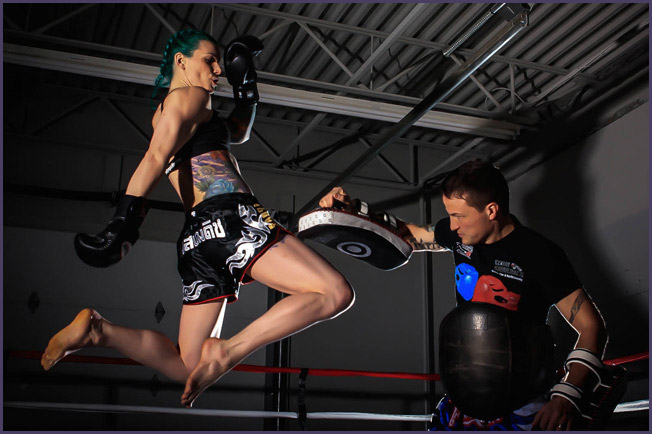 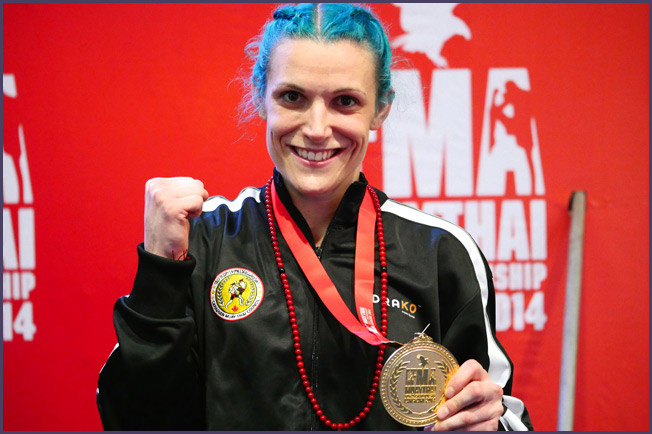 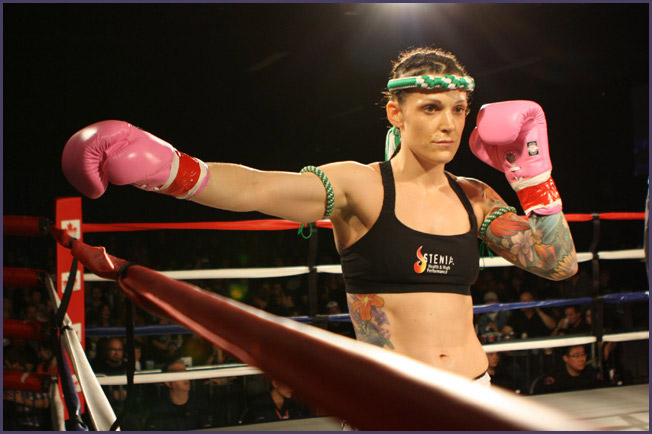 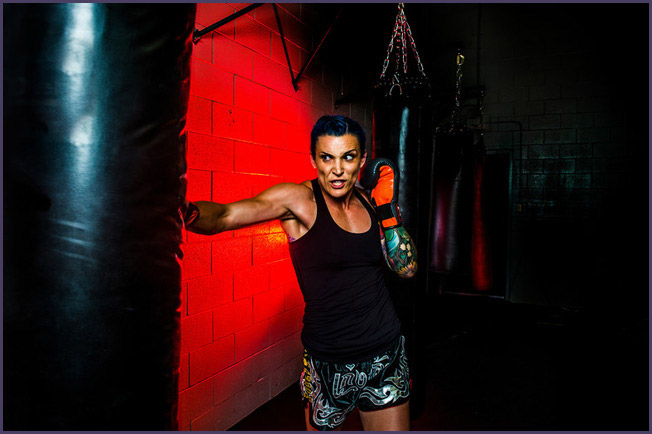 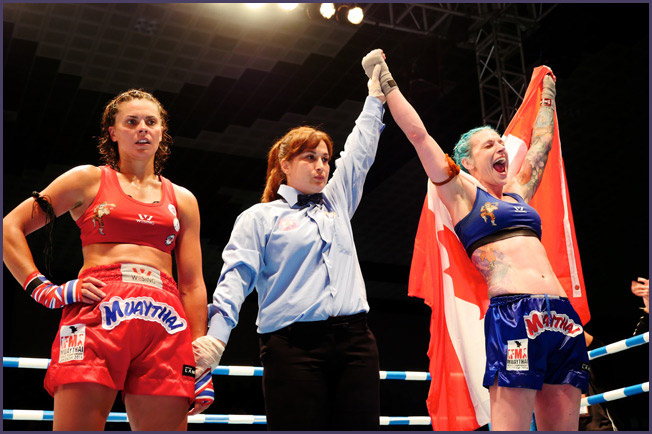 Kelsey tells Awakening, “Muay Thai found me when I was 27. It wrapped its arms around me and wouldn’t let go. I started fighting two years later. I love the challenge of fighting Muay Thai because there are so many variables and you never stop learning. I love that it is terrifying and beautiful at the same time. Training Muay Thai helped me through some very difficult times in my life. It has given me the strength and confidence to know that I can do anything I set my mind to. That gift is priceless and I feel it is my duty to turn around and share that gift with as many people as I can.”

Kelsey Andries is a female fighter from Edmonton, Alberta, Canada.

Prior to beginning Muay Thai, Kelsey trained in freestyle wrestling, competing from 2003 to 2006 on her University team. Kelsey began her Muay Thai training in 2011.

Kelsey is a gym owner, personal trainer and strength coach in addition to instructing martial arts. She received her Honours Bachelor of Kinesiology from the University of Calgary in 2006.