Soke Hatsumi, the creator of Bujinkan, known for bringing the art of Ninjutsu to those outside of Japan. / Photo Source: Knoxville Bujinkan Shibu

Ninjutsu is a martial art which germinated in Japan, and though its traces have blurred in history, its shine hasn’t, and it is still practiced in different schools with reverence, and dedication. The art is more than about kicks, punches, and defensive Taijustu manoeuvres, it is a wakeup call to the mental and spiritual senses of human beings. The horizon of this dynamic martial art is limitless, and so were the deadly effects of the Ninjas, who practiced it to grind axe with the ruling Japanese Samurai class.

For academic sake break the word Ninjutsu in two:

‘Nin’, is a Japanese word which denotes endurance, forbearance, or perseverance, both physically and mentally.

It is also used to define stealth, undercover, secretiveness, or concealment.

Then there is ‘blade’ and ‘heart’ attached to it, and it means that if a person sets out to do things from heart, the results will have the effectiveness of the blade. In Layman’s term, the concept is to gain control over your body and mind, and to differentiate the right, from wrong.

Cometh the hour, cometh the man, that is what led to the creation of Ninjutsu. With espionage infringing the Japanese society in the early ages, the shadowy image of Ninjutsu became all the more prominent. The credit for the development of this unique art style goes to the groups of people mostly from Iga Province, and Koka. It is said that in a military expedition, Minomoto no Kuro handpicked warriors to make them ‘shinobi’, who were deployed in the Gempei War which spanned through 1180 to 1185. Historically a shinobi has been looked upon as assassin, spy, and scout, who is notoriously deceptive, and stealthy, and who was hired by territorial lords, ‘Daimyo’. Though many versions of Ninjutsu have been practiced throughout history, Ninjutsu was developed as a defense mechanism for survival in the volatile feudal Japan.

Ninjutsu for some reason is not centralized as some other martial arts. There are many training centers or dojos across the globe, with Bujinkan Brian Dojo (BBD) being the biggest and most revered Ninjutsu organization in Europe. SWAN is another organization which has taken up the work of modernizing Ninjutsu and adds sporting colors to it. It sponsors fighters to compete in local MMA shows in their states. Kumite is another tournament which allows all styles of combative martial arts, though it is for the experts, and to compete in it a person has to be a black belt with verifiable training proof.

Ninjutsu has been shrouded with mysteries and myths, thanks to the ninjas who chose to stay underground due to the heretic character they adopted to counter the ruling Samurais. The art remained secret for centuries before it was acknowledged as an independent stream of martial art.

It is said that in 637 AD, En no Gyoja, a warrior monk set up Shugendo Dojo for martial arts at Togakure Mountains. Then many centuries later in 1165, Diasuke Nishina was born in the same sect, but in 1181 Shugendo warriors were defeated by the Heike Troops, which forced Diasuke Nishina to flee to the Iga Province. There he got introduced to a warrior priest, Kain Doshi, under whom he studied the mystic art which later he blended it with the Shugendo learning, and the result was Togakure Ninjutsu Ryu. It was construed as an underground assassin technique, meant to be kept in a hush. 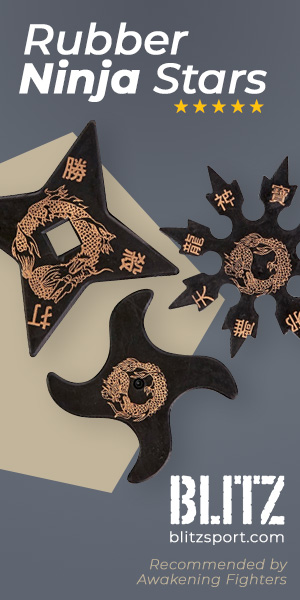 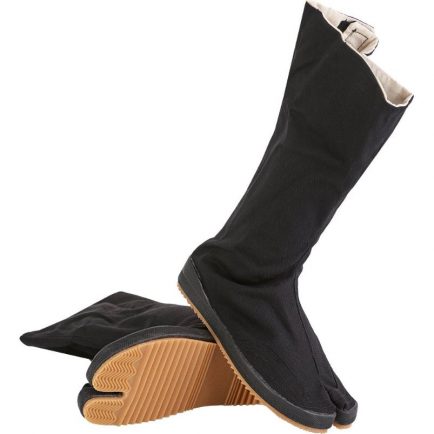 The traditional all-black Outdoor Tabi Boots are constructed of a cotton canvas boot and a durable grooved rubber sole.

Basic gym or sports bag with a large main compartment. Two carry handles, one side handle, and one adjustable shoulder strap. 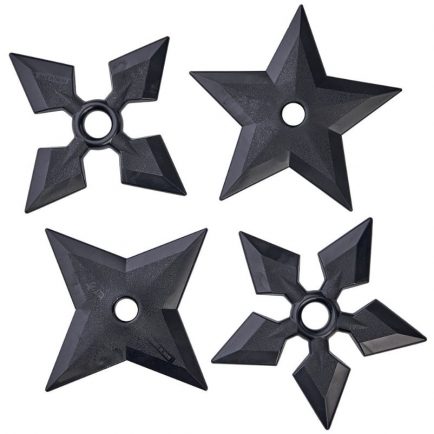 A set of four plastic Ninja Shuriken perfect for Martial Artists to develop their shuriken throwing skills. 25g each in weight. 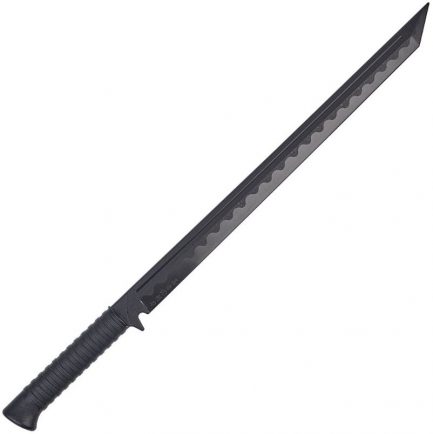 Made of polypropylene plastic, the Blitz Ninja Gatana is virtually unbreakable and reduces risk of injury whilst training. 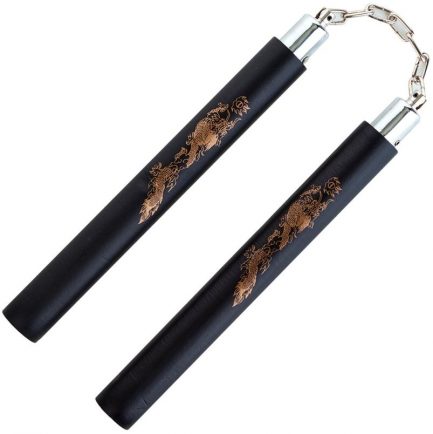 Blitz Black Foam Safety Ball Bearing Nunchaku are one of the most popular martial arts weapons today! Made from durable foam. 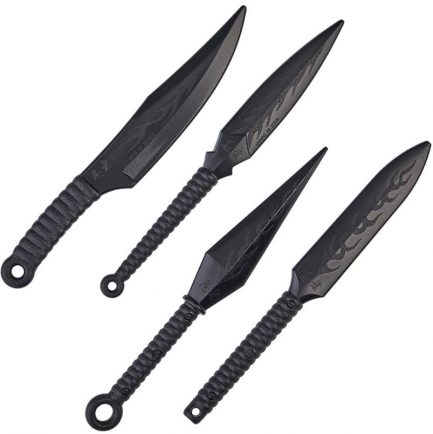 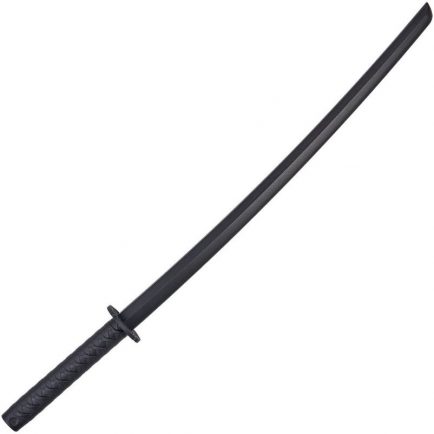 Made of polypropylene plastic, the Blitz Ninja Sword is virtually unbreakable and slightly flexible allowing for shock absorption. 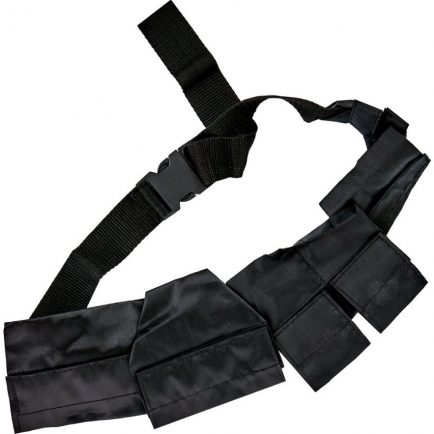 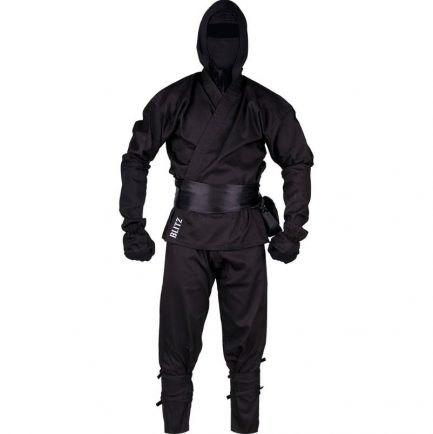 Plain black tabi socks with a traditional split toe. Designed to be worn with split toe shoes, boots and also with thonged sandals.

Ninjutsu has an in-depth philosophy, and acknowledges five elements

The cunning art of Ninjutsu further highlights the five needs of humans, and which can be exploited by the ninjas

Ninjutsu is a martial art which does well without any rules to limit it. The whole concept of Ninjutsu is to develop and to incorporate any technique or rule set, to take down your opponent. The rule is simple, and that is to win. For the ninjas it is war out there, and everything is fair in war. It is a spy game, and deceit, stealth, and unlimited combative skills lie in the core of this art.

Competitions cannot judge the skills of Ninjutsu, for competitions impose limitations on the competitors, but the horizons of Ninjutsu are infinite where there are ‘all do’s and no don’ts in their rulebook.

Ninjutsu has been showcased in countless movies and television shows. Though, for most people their Ninja knowledge is limited to what the cinemas have given them, even if sometimes far-fetched, they still have made their contribution in making ninja a household name.