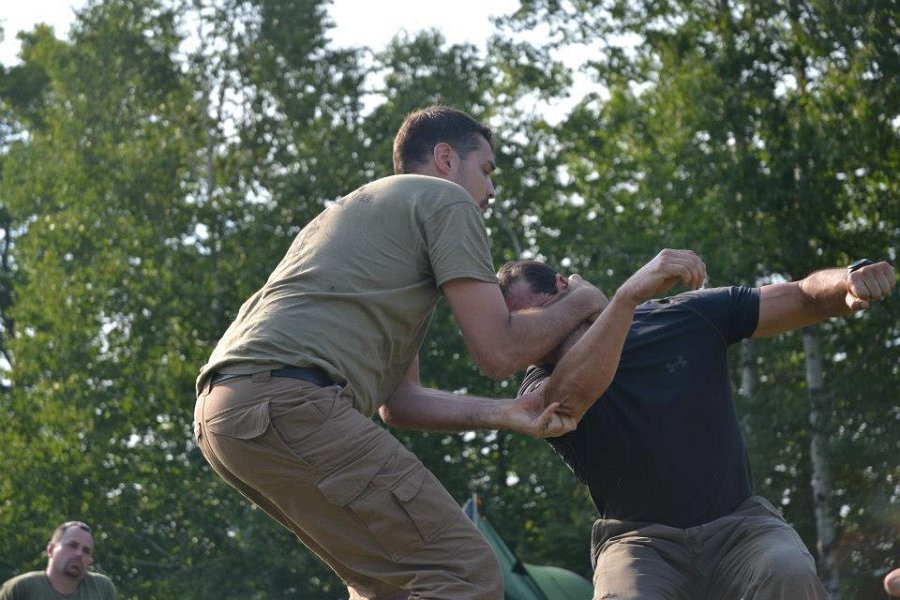 Systema is a Russian Martial Art style that uses hand-to-hand combat. It bases on the approach that in order for a fighter to be able to face any challenge, he has to make sure that the body, spirit and skill are in perfect synergy. It bases the training on the approach that when people are less tense and less fearful, they can face anything. Systema was exclusively taught to the Russian Special Forces units in Communist Russia until Communism ended and the style got introduced outside of the Military. It is considered to be a relatively new style, but one that has been gaining popularity all over the world. Systema has no belt systems and codes and is not confined by rules.

Systema literally means "system". It is a complete set of training components and components that improve human abilities.

Systema is a Russian style of fighting which is thought to have origins somewhere in the 10th century. Russia has always been a country at war with invaders from all over. All those who attacked brought with them their own distinct style of fighting and weapons. The battles were brutal and these took place in extreme conditions. Often the Russian army would find itself outnumbered. It paved the way for the development of a fighting style relied, more than weapons, on a strong spirit and innovative use of what they had to fight with. The style that came out was one that was natural and free. It required no strict rules or rigid structures. Most of the techniques required fighters to rely on their instinct and natural strength.

When the communists came into power they suppressed a lot of the old way of doing things, especially the combat styles that were developed centuries before. They soon realized however, that there was something valuable to be learnt from the old ways. They took the old combat system and reserved it only for special Operations units in the army. For a long time the style was only restricted to the Russian Army, but as the cold war ended and a new government came in place, the Russians became more open and Systema schools sprung up across Russia. In 1993, the first school of Russian Systema was formed outside of Russia by Vladimir Vasiliev.

There isn’t much folklore around Systema itself that predates the Soviet Communist government-ruling period. The only two people who are considered to be the legends of Systema are Mikhail Ryabko who is a Colonel of the Special Operations Unit in the Russian Military, credited with bringing Systema out of the army and into the Mainstream. He is considered to the foremost teacher of Systema and is often referred to as the Master teacher. He taught Vladimir Vasiliev who, in 1993 set up the first school of Systema outside of Moscow and continues to teach people from all over the world.

In Systema there are three components that are important and are required to work in synergy, the body, the spirit and skill.

Systema advocates discipline and non-destruction. This means that when training you should not destroy your body, you spirit or the spirit of your partners and family. Systema uses the principle known as “poznia sebia” which means, “Know yourself. The true Warrior is one who is always on a journey to know and understand who he is and how he is able to use the best parts of himself. The roots of Russian System are linked with Russian Orthodox Christianity. There are other schools of Systema which have a different training method, but work along the same principles like the Kadochnikov’s Systema which is part of what is called the Kadochnikov’s System of combat that also teaches survival skills outside of the Military.

Systema is known as the “No Rules, no belts” fighting art. It is a fighting art that does not have all the baggage that comes with other styles of martial arts that have systems and hierarchies. When it was developed for the Russian army, it was clear that the ideal combat style would have to be fast, effective and adaptable. It is subtle yet brutal at the same time and covers combat training from hand-to-hand combat to the use of weapons. There are no katas, no actual techniques that students are required to memorize, and no predetermined systems that anyone has to conform to. Fighters are encouraged to be as natural as they can be, to understand their own nature and human nature in general. The reason for it not having rules might have something to do that it is not a sport and it is still a style that is very militarized in its brutality and deadliness.

Systema might seem like a new form of martial arts, that is a little bit out of the ordinary, but it has gained notoriety and media coverage over the years: