Tai Chi is an ancient Chinese martial art that later became a form of promotion of physical and mental health. The moves involved in this art are slow-paced, relaxed and easy, which makes Tai Chi an ideal form of exercise for people of all ages and health conditions. The health and mental benefits of Tai Chi were popularized by Yang Shaohou, Yang Chengfu, Wu Chien-ch'uan, and Sun Lutang in the early 20th century.

Tai Chi is the shortened term for T'ai chi ch'uan. It is a Chinese martial art that is practiced for its comprehensive self-defence system and confirmed health benefits. "T'ai chi ch'uan" is associated with various translations, including "supreme ultimate fist" and "boundless fist."

Some historians claim that T'ai chi ch'uan's practice was started by Taoist monk Zhang Sanfeng during the 12th century, at the same time when Neo-Confucian influences started affecting the Chinese culture. This claim was further strengthened by Huang Zongxi’s "Epitaph for Wang Zhengnan," a 17th century piece that indicated the connection of Zhang Sanfeng and Tai Chi. Modern historians, on the other hand, are not convinced of the earlier claim and state that the connection between Zhang Sanfeng and martial arts was used in the legendary piece as a mere political metaphor. There is also a part of Tai Chi history that states that Yang Luchan was the one behind the creation of this Chinese martial art. Yang Luchan was honed by the Chen family for 18 years before he made Tai Chi famous in Beijing.

To put it in a nutshell, Chen family influenced the Tai Chi art through Yang Luchan. The Chen family traced their Tai Chi expertise to Chen Wangting from the 17th century. Tai Chi only began to become widely accepted in the Chinese culture in the mid-1800, when Ong Tong He, a scholar in the Imperial Court, witnessed how Yang Luchan, before even establishing himself as a reputed Tai Chi teacher, demonstrated the art. Ong Tong He, impressed by the demonstration, wrote: "Hands holding Taiji shakes the whole world, a chest containing ultimate skill defeats a gathering of heroes."

The passing of time results in the evolution of Tai Chi practice as well. Health benefits of Tai Chi were popularized worldwide by Yang Shaohou, Yang Chengfu, Wu Chien-ch'uan, and Sun Lutang in the early 20th century. Their teachings resulted in attraction of people who had no interest in martial training, but were rather concentrated on improving their health. Now, Tai Chi is often associated with mediation, health and sports due to the mental and physical health benefits it brings.

In Chinese medicine philosophy, there exists a "chi" or a vital force that animates the body. Tai Chi aims for the continuous flow of "chi" in the body, most especially in the cardiovascular and nervous systems, to enhance the physical and mental ability of the person. Many enthusiasts regard Tai Chi as "mediation in motion." As the body moves, the person breathes naturally and deeply, focusing the attention to the sensations the deep-breathing creates. As a physical activity, Tai Chi differs from other forms of exercises in several aspects. In Tai Chi, the movements never require force, the muscles are not tensed but rather relaxed, the joints do not need to extend or bend, and the tissues are not pressured and stretched.

In the modern times, Tai Chi is seen as an exercise and meditation that can be done by anyone due to its slow-paced, soft and relaxed movements. Medical research has proved the benefits of Tai Chi in improving balance and general psychological health. 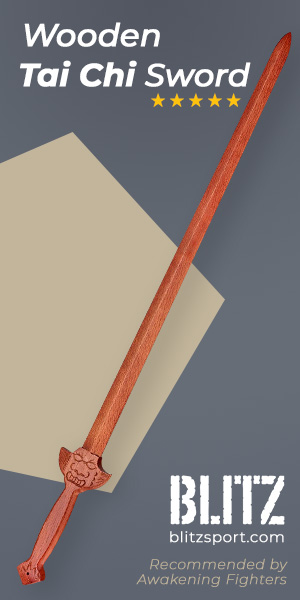 Tai Chi has a long connection with a Chinese system of division called I Ching. There is a connection between the basic I Ching trigrams, the five Chinese elements of alchemy (metal, fire, earth, wood, water) and the basic postures of Tai Chi introduced by Chang San-feng.

Tai Chi’s moves bear martial arts origins, therefore, its movements require some application of martial arts skills. For instance, the movement called “push-hands” requires sensitivity to other person’s energy as well as the responsiveness to the said energy. Tai Chi also sees an opportunity to practice combat moves in a slow tempo. Because of Tai Chi’s use of combating moves, avid practitioners of Tai Chi are inclined to become full-fledged martial artists, especially those practitioners who have full knowledge on channeling the destructive energy away through kicking and punching moves. Tai Chi practitioners know how to send the destructive energy to a direction where danger is no longer evident.

Tai Chi, whether performed as an art or self-defense, has the following rules to be followed:

When done as a form of meditation, practitioners must check their physical and medical state first. If a person’s health and mental state are not fit to perform Tai Chi, the art can pose risk and danger. Similarly, practitioners must stop if there is any discomfort felt in the body during the practice. To promote detoxification process, it is advisable to drink warm water before proceeding and drink some again after the exercise is done.

Tai Chi has made its way not just to the health and wellness industry, but to movies and popular culture as well. Film producers have created many films with a Tai Chi theme in them, one of which is Keanu Reeve’s directorial debut “Man of Tai Chi.” The film is about a young and passionate martial artist who possesses exemplary Tai Chi skills which landed him to lucrative, but very complicated industry of underworld fight clubs. The movie, which also starred Keanu Reeves, was well-accepted by fans of old-fashioned martial arts and action films enthusiasts.