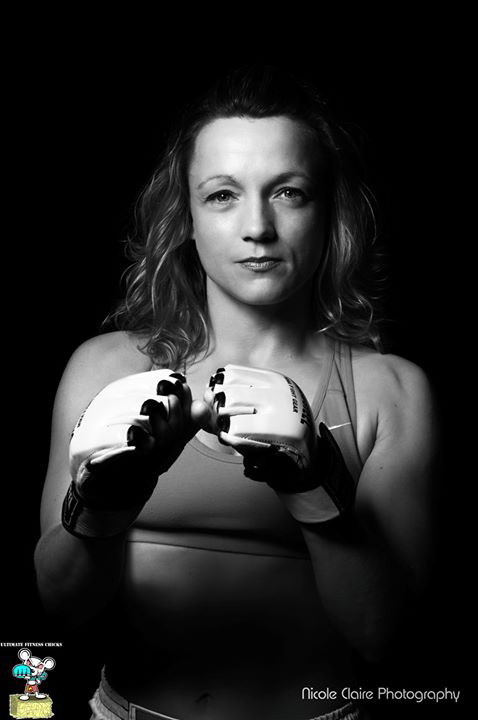 Competitive. Strong. Driven. All of these qualities can be used to describe Cornish athlete Ruthie Wright, lovingly known as “The Pink Machine”. We have been speaking with Ruthie a while now, and with many interesting things about her life she is a perfect choice for an Awakening Spotlight. One of our favourite facts about her is that she became the British Flyweight Chessboxing champion in 2012 – yes, Chessboxing! 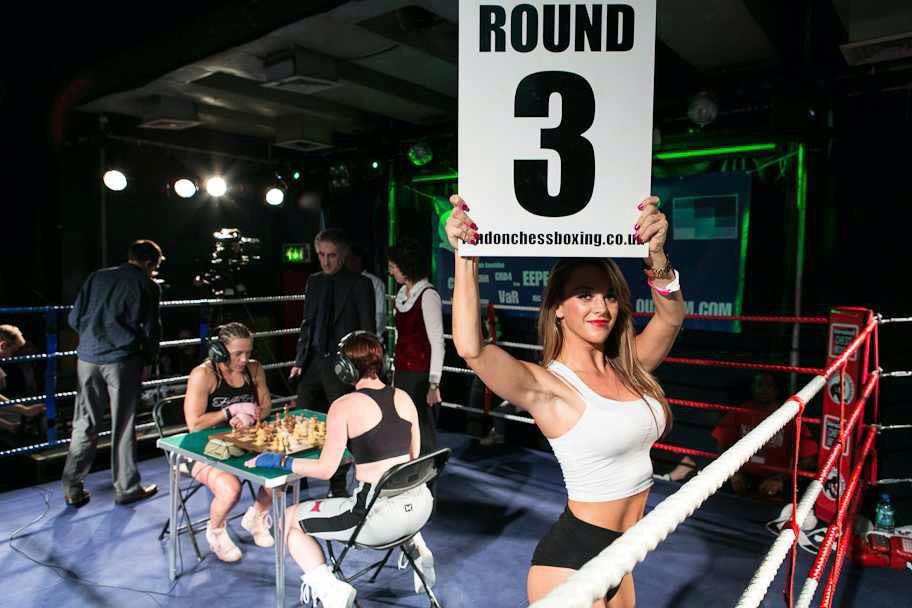 For almost 20 years she has trained in gyms, taken part in weight training and distance running – and this was all before she discovered martial arts.

It was at the age of 35 when she attended a Brazilian Jiu-Jitsu session where, in her words, she was “annihilated”. She was also hooked. Her boyfriend Andy Costello had established an MMA club called Project Mayhem MMA. He was protective in the beginning and suggested that she participate in the Muay Thai classes there, without sparring. Ruthie was determined to learn BJJ however, and of course it’s all changed now and she practices Boxing, BJJ, Muay Thai, and MMA conditioning classes – she even finds time to be a Personal Trainer.

Since discovering her new love, Ruthie has competed worldwide in BJJ and Chessboxing, winning gold at the London Seni show in May of 2010 as a white belt, and the silver medal the following year. She also entered the Hereford Open in 2010, taking home a silver as white belt, and earning a bronze in the blue belt category. She hopes to be able to come back this year and Box again, with an eye towards travelling and seeing what the gyms of the world have to offer. 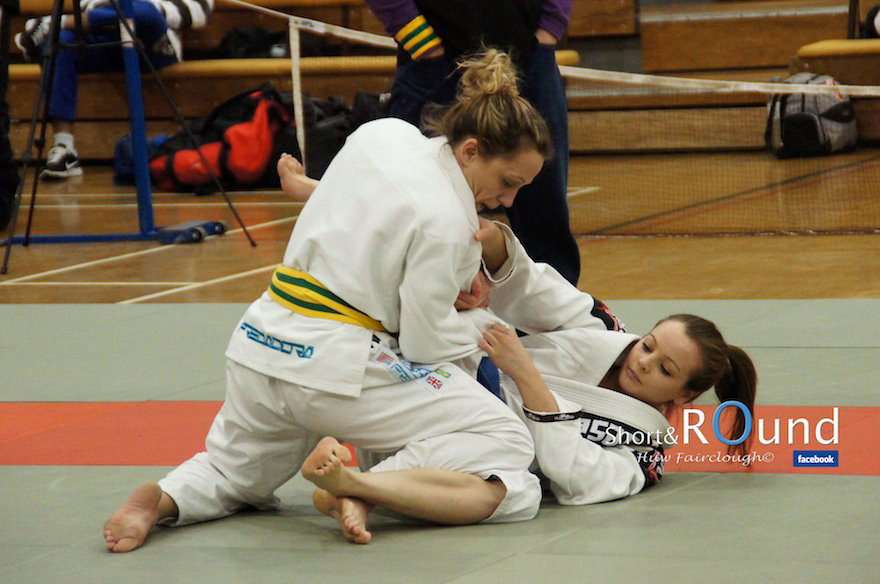 Ruthie Wright competing against Vanessa English at the 2010 Hereford Open

Ruthie has crammed a lot of experience into a short space of time, and she soaks everything up! She has trained with several black belts in Judo and BJJ including Luke and Andy Costello and Mark Tucker, she has competed against Vanessa English and Rebecca Hill. She’s also trained with Cherie Buck and went to Rosi Sexton’s seminar, something she called “insightful” and which was a true confidence builder for her. Whilst in Thailand experts have taught her more about BJJ, sparring, and clinching, and she has studied at the Combat Athletic Academy. But above all else, she learns something new from everyone she meets and draws inspiration from everyone around her, including her supporters and those who have followed her since the beginning.

Inspiration comes in overcoming the odds. She has had to deal with some serious illness in her life, including thyroid issues and chronic fatigue which left her aching every day, everywhere. At the age of 23, she was attacked. This left her with residual panic attacks and a fear she would never be able to adequately defend herself. Turn the clocks forward a few years and she now lives life to the fullest and loves new challenges. Everything she has been through has given her the opportunity to build up her strength and change how she lives. She remembers those times when she gets discouraged and realizes how grateful she is to be healthy again. To quote Ruthie, “…make the most of what you have and now!” Carpe diem! 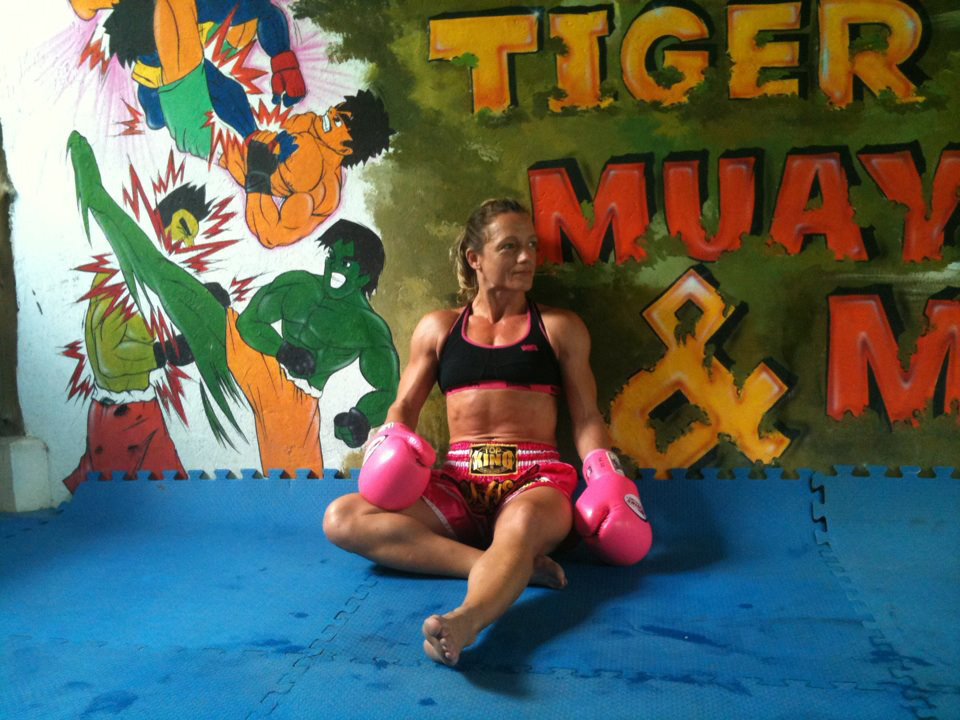 For the future, she’s looking to sell her house so she can travel around the world for a few months – all part of seizing every opportunity! She would love to meet as many MMA coaches and fighters as she can and be active in both improving her skills and fitness levels, and while a fight is something she wants to do, the opportunities to meet people are paramount.

Ruthie is a complex person. She has a degree in business and also has a teaching certificate. Although she has been a lecturer at a college, she has decided to go back to teaching later on in life. The amount of time it would take is not something she can do right now. She calls it “selfish”, but it is all part of being ready and willing to seize the opportunity, for it may not come again. She simply loves what she does in the gym as a personal trainer and MMA conditioning coach in non-contact pad work. Of course, like a lot of people she has to supplement her income, which she does by temping in offices and doing IT work. 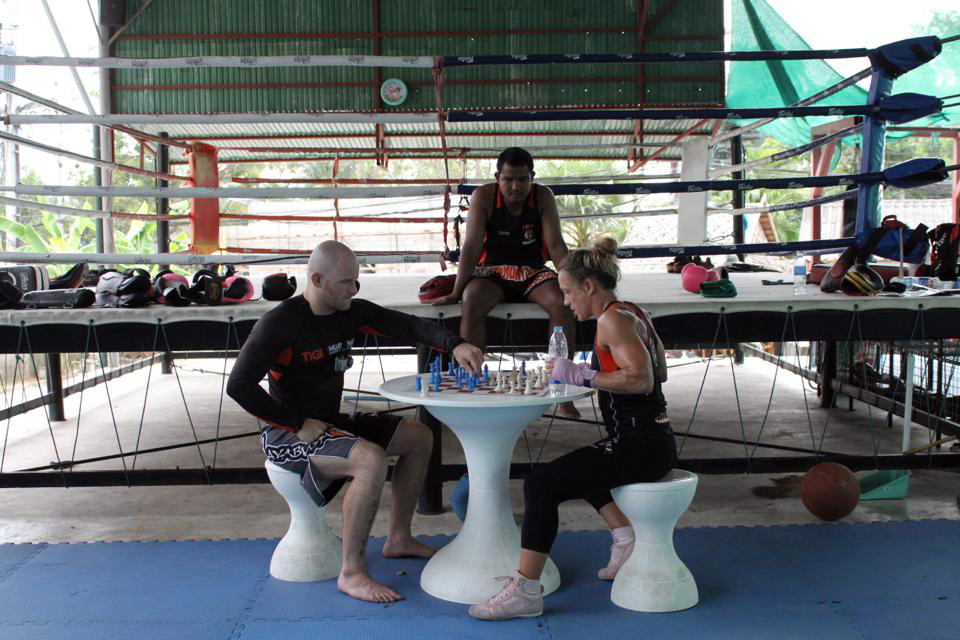 Ever since the age of 14 she has worked hard. Always holding down two or three jobs at a time. A work ethic that is clearly apparent in her health and fitness regime. She’s had jobs that paid well, and others that didn’t, and as a woman that is in tune with herself she has found that she’s usually much happier having little! She’s the first person in her family to have gotten a degree, and she continues to read to continue to learn. Unfortunately her family has not always been supportive, but she has chosen to keep doing what she loves anyway. She’s also learned that forgiving, letting go, and continuing forward is one of the ways to find true satisfaction in life, no matter how hard it can be. A good example of this is when Ruthie told us that she believes in facing her fears head on. She then told us that she has fears of both flying and being underwater. To combat these fears she decided to jump right on a plane to Rhodes and take a SCUBA diving course! The words “bull” and “horns” comes to mind! She admits to facing a similar fear every time she gets in the ring, but it’s all part of facing them and moving forward. 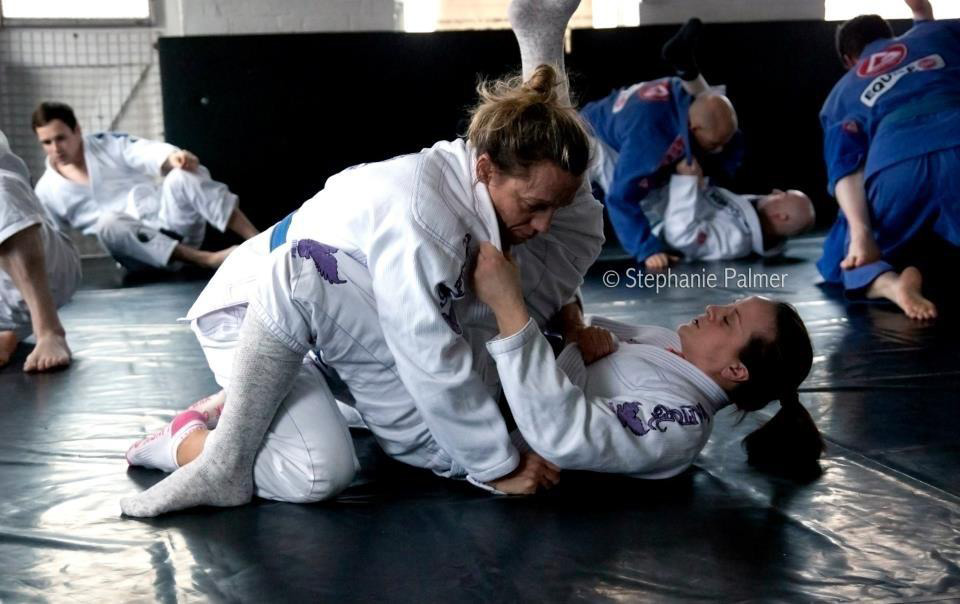 While we were quizzing Ruthie we asked if she could perhaps share anything with us about her that most people don’t know. Amusingly she told us about a fun ritual she has whenever she needs a moral boost. One of her friends pretends with her that they are part of the Royal Marines, and they are attending survival camp. They’ve been friends for seven years and it helps them get through, believing “…you are a Royal Marine… you can do this.”

She calls herself an athlete, and has certainly put in the work and effort necessary to have earned that title. Anyone that knows Ruthie will tell you that she just loves challenges and feeding that need. As a person, she wears her ‘heart on her sleeve’ – and typically with that comes the tendency to be a bit hyper, but still a good communicator none the less.

She believes that everyone has something to give, regardless of background, gender, race, or size – everyone has the chance to try, even if he or she does not succeed. Ruthie is a great role model, and always happy to speak to people about fitness and challenges. We’ve included her facebook and twitter links at the bottom of the article in case you wanted to give her a shout!

We asked Ruthie, if she was given the opportunity who would she thank? 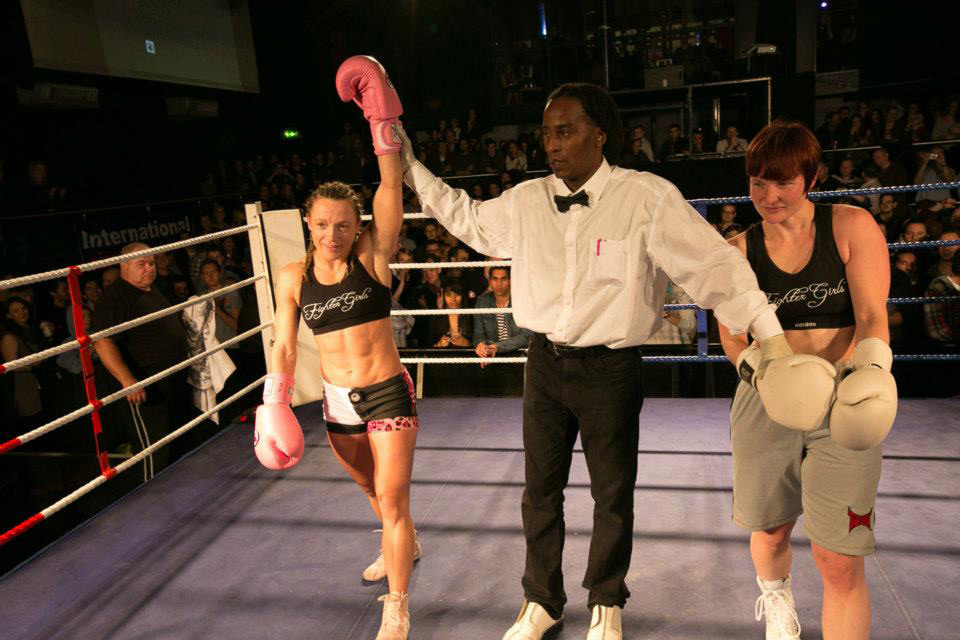 “I always want to thank everyone really… everyone has helped me from everywhere… I would like to thank Andy and Lesa at Funky Gums for sponsoring me and providing me with a Pink Machine gumshield, Andy Costello for persisting at teaching me how to play chess, despite our ding dongs over the years we were together, we had good fun with all the training and events, as well as meeting lots of fighters and fans. Luke Costello for his initial help with my BJJ (he was a mere blue belt back then). My coaches Justin Knee and Stewart Telford from when I was at Project Mayhem, my good friends Kate Jackson, Cherie Buck and Fay Ridgeway from the MMA world; they have been great support and always encouraged and inspired me to have a go at different training disciplines. Paula Ralph for being a great training partner and friend. Mark Tucker from Combat Athletics; he took time in helping me build confidence learn some great techniques, including how to duck walk lol! Tiger Muay Thai and MMA for sponsoring me with my training fees for my month of stay. A special thank you to Professor Silvio Braga for sending me a GRIPS gi at the start of the year as a gift for loving BJJ so much. To the Exeter BJJ team for their initial help with my training…(just a shame you won’t let me back). Gareth Hogg at Knuckle Up Boxing Gym in Torquay Exeter ABC. My current Thai boxing Coach Sonny Perez and his team at FSC. My close friends and my son for accepting me as I am…and to all my gym buddies and sparring partners in various clubs, here in the UK and on my travels….”

Did we mention that she loves to talk?! Hehe