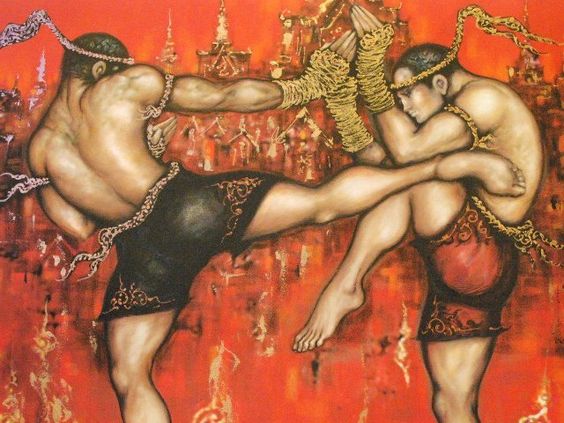 Muay Boran is an umbrella term that encompasses various styles of unarmed Thai martial arts which were used before the introduction of modern rules, western boxing rings and equipment in the 1930s. This group of arts utilizes different striking attacks, throws, ground grappling, and joint locks. Muay Boran includes different Siamese (Thai) martial arts styles, including Muay Korat, Muay Jerng, Muay Chaiya, and Muay Tasao, most popular being the Muay Chaiya, a southern-style still taught in the Thai army today. Therefore, Muay Boran does not have one uniform fighting style but rather combines all these different styles and techniques.

In the past, both Muay Boran and Muay Thai were originally called more generic names, such as “pahuyuth”, which, when translated from the Sanskrit original, means “unarmed combat”. Later this evolved into a term like “toi muay” and “muay”. The term “Muay Boran” itself can be translated into English as “Ancient Boxing”.(1)

The origins of Muay Boran arts can be traced back to the medieval times, although there is no clear evidence on its origins. Some say that Thai boxing has roots in the period of Thai emigration from South China. At that time, numerous wars were fought hand-to-hand, using arms, legs, elbows, and knees and Thai warriors became famous for their skills in battles. But the more elaborate techniques were presented in 1560 A.D. by King Nareusan who taught them to his soldiers. It is said that he was captured during one of the many battles between Siam and Burma, but the Burmese knew about his exquisite fighting skills and gave him a chance to fight for his freedom. When he finally returned to Siam, he was hailed a hero and the Siamese-style boxing, as it was called at the time, was named a national sport.

Muay Boran is known as the precedent of Muay Thai. The first encounter between Thai and European techniques is said to have been in 1788, during the reign of King Rama I. At that time two French brothers arrived in Thailand after defeating many boxers across the Indo-China. King Rama chose a boxer named Muen Plan who used traditional techniques and won over the Frenchmen who left on their boat the next day, completely defeated. Later, during the reign of King Rama V, Thai Boxing matches became widely popular and most talented fighters were being recruited early on. Muay Boran style boxing reached its zenith about 200 years ago, during the reign of Prachao Sua (or King Tiger) when it became popular among all classes of the society.(2)

From its beginnings until the early 20th century and the reign of King Rama V, Muay Boran fighters often used horsehide strips and similar equipment instead of gloves, which resulted in serious injuries. As time passed and the techniques were not so often used in real-life battles, regular boxing gloves were introduced in the first half of the 20th century. At the same time, new codified rules were set, and modern boxing rings built. Due to these new modifications, the term Muay Thai became widely used for these fighting techniques, while the term Muay Boran remained reserved for the older forms. Therefore, Muay Boran is seldom taught at traditional fighting schools today because of its near-deadly techniques and some of its styles are today forbidden in Muay Thai tournaments.

One of the most popular stories on Muay Boran is that of King Nareusan who was taken hostage by Burmese during a Burmese-Siam war in the 16th century. But as he was so famous for his flawless boxing technique, the enemy offered him to fight for his freedom and show his skill. He was so skilled that he was able to break free and return to his homeland, where he became a true hero and the set of techniques he mastered was named the national sport. Another story is about the most famous practitioner of Muay Boran, Nai Khanomtom, who knocked out the 10 best Burmese fighters in 1774. 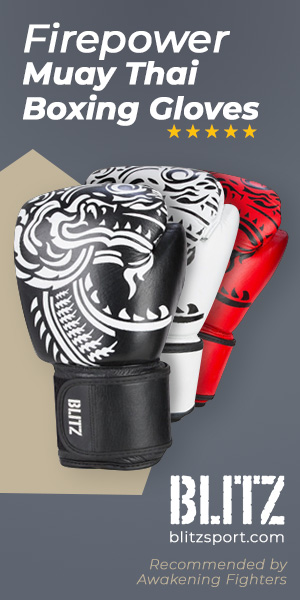 Muay Boran is known as the style of nine weapons, including two legs, two knees, two elbows, two fists, and head. These extremely powerful weapons are the central points of the whole philosophy. Practitioners are encouraged to equally develop all of these, practicing numerous styles and techniques. As the Muay Boran is fought without codified rules, respect is one of the most important qualities to possess. And the main philosophy of these fighting styles is to finish the opponent as soon as possible – the attacks are supposed to be explosive, unpredicted and very effective.(3)

Before the codifications, the old rules of Muay Boran simply consisted of a few bans which were usually respected. These included a ban on hitting the groin, hitting a fallen opponent, hair-pulling, eye-gouging and grappling. Muay Boran was not fought in specially designed rings – matches usually took place at open spaces surrounded by spectators – and there were no distinct weight classes. Rounds were marked using a coconut – a small hole would be drilled into a coconut and it was then placed in water. The drum would beat to signal the end of a round when the coconut sank to the bottom.