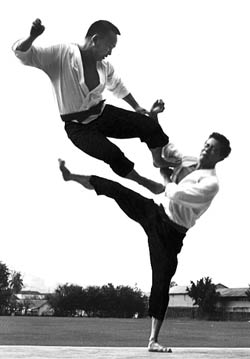 Wu Shu Kwan is the art of Chinese Boxing or Kickboxing, a fairly undiluted decedent of Shaolin Kung Fu. It is known in the west as practical Kung Fu. It stands for a systematic and effective style of self-defense. It is a blend of traditional Chinese fighting techniques, much different from the Western-style boxing. Wu Shu Kwan represents a wide range of fighting moves and philosophical principles which help practitioners live a happier, healthier and fuller life. Wu Shu Kwan organization has been registered for more than 40 years and has its branches all over the world. The art is considered to be an unsurpassed method of complete self-defense and an extremely effective form of total fitness training.

The name of Wu Shu Kwan is coined from three Chinese words. They are written in traditional Chinese symbols, hanzi. “Wu” means martial art or fighting, while “Shu” can be translated as the art, the way or the method. And finally, “Kwan” (which can be also read as “Guan” in Chinese pinyin system) means a center or an association. Put together, these mean “Academy of Martial Arts”.(1)

The history of Wu Shu Kwan can be traced back to the beginnings of martial arts in China. Traditionally, there was a wide array of different martial arts present in ancient China. They were called differently, but the term used to refer to martial arts, in general, was the term Wu Shu. Its meaning can be translated as the “defensive use of combat”. The history of the martial arts in China goes back as far as the Lian Dynasty, which ruled from 502 to 557. It is also often mentioned in various poems, such as the poem of the famous Cheng Shao from the Ming Dynasty (1626 – 1644). However, the earliest term with the same meaning was found in the Han History (206 BC – 23 AD) and it has changed names a few times since then. The term Wu Shu used when referring to martial arts reverted in the early 1960s under the People’s Republic of China.(2)

Traditionally, Chinese martial arts have been used in combat and self-defense. Practitioners and masters have developed an unimaginable array of different styles and techniques suited for every imaginable situation. Numerous military encounters and life-threatening situations forced the ancient Chinese to react. Chinese boxing was also developed as a form of self-defense and attack technique. Monks of the famous Shaolin Temple in China are said to have had played a significant role in its development and spread.

While many confuse Kung Fu and Chinese Boxing, although similar, these two are not the same. Kung Fu is usually used to refer to a demonstrative, flowery art whereas Wu Shu Kwan is more of a true, real-life, pragmatic and systematic art of self-defense. Although techniques of Chinese Kickboxing have been around for centuries, it was not until the Grand Master C. K. Chang collected and systematized them that the art became popular. After years and years of dedicated training and personal development, Grand Master Chang removed impractical and ineffective moves and organized those which were useful and strong. He also merged the more traditional moves with achievements of modern science to bring this style to perfection. Today, numerous organizations are teaching Wu Shu Kwan and its qualified instructors are regarded as fine martial arts connoisseurs.

Many legends surround the origins of Chinese martial arts. It is said that traditional fighting styles originated more than 4,000 years ago, during the rule of the semi-mythical Xia Dynasty. Some believe that the legendary Yellow Emperor Huang Di, who ascended in 2698 BCE, introduced the first martial arts to China. The Yellow Emperor is a historical figure which allegedly wrote lengthy texts on medicine, astrology and martial arts. Legends also state that his opponent, Chi You, was the creator of Jiao Di, a forerunner to the modern Chinese Wrestling.(3) 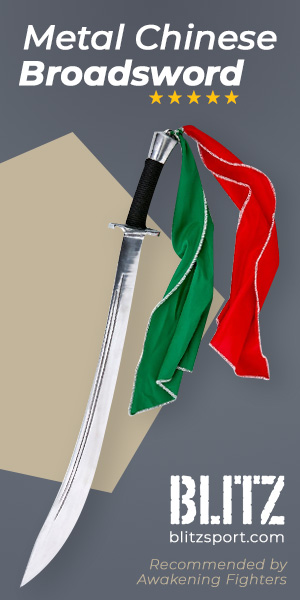 Wu Shu Kwan sets out not only to teach practitioners how to fight but to develop them as complete persons as well. Wu Shu Kwan converts one’s hidden physical and mental might into an unstoppable force of self-defense. Ten tenets of Wu Shu Kwan include peacefulness, loyalty, obedience, patience, courage, etiquette, modesty, honesty, purity and self-control. These aim to guide the practitioners to become better people – mentally, spiritually and physically. Its philosophy also makes this art a valuable tool for relieving various mental conditions, such as apathy, anxiety and stress.(4)

Wu Shu Kwan is usually practiced in martial art schools and practitioners often perform complicated forms to advance. The sport is trained barefoot and practitioners begin training in comfortable clothes. However, later on, every practitioner starts wearing the official uniform which is a must for serious training and fighting. A wide range of protective equipment is also used when training, such as head and knee gears. Wu Shu Kwan also uses fighting sticks and knives during the training, but practitioners are always advised to handle these with utmost care. Some of the general rules of Chinese Kickboxing can be used as well, such as the rule that kicks are allowed to the inside and outside of the legs, as well as to the upper body.